It was hard to say goodbye to Sabu and his family this morning, but hopefully we will see them all again soon.

This morning we were heading for Sariska Tiger Reserve which is located half way back to Delhi then turn right. Once we were off the main highway, the road was more like I remember from our first visit to Rajasthan in 1988 – single track full of camel and goats…. 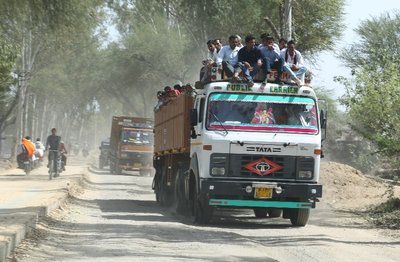 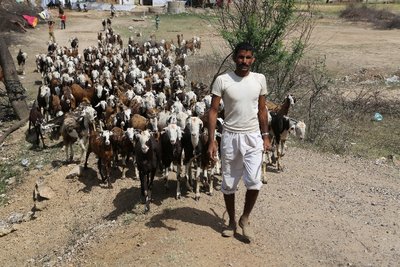 We arrived at the Sariska Tiger Heaven Safari Lodge around midday an had enough time before for a swim – until we discovered the pool had been used for the Holi party last night and as a result was purple! 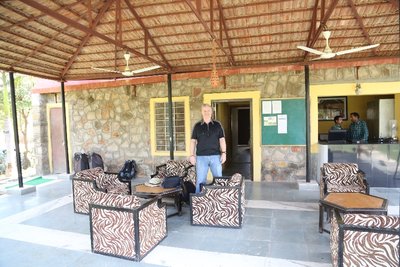 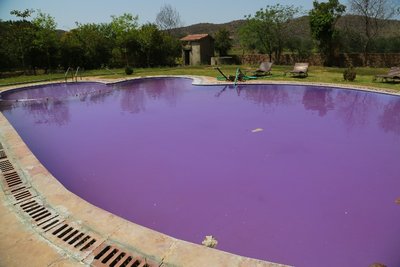 Shiv too us down to the gates of the reserve, where we climbed aboard an open Jeep with tiered seating for our afternoon safari.

Sariska Tiger Park
Up until it was declared a wildlife reserve in 1955, Sariska was a hunting preserve of the erstwhile Alwar state. In 1978 it was made part of India's Project Tiger scheme and declared a tiger park. In 1985, 35 tigers were reported to live in the reserve, however, by 2004, there were no tigers left, despite 16 being spotted the year before. Poaching was blamed to be one of the major reasons for their disappearance. Three tigers were flown in from Ranthambore in 2008 with two more following in 2010. Recently, two tiger cubs with their tigress mother were spotted in the reserve bringing the total number of tigers to seven with five adults – two males and three females. The relocated tigers are tracked using reconnaissance satellites so that the authorities can keep an eye on them. Despite reading a review on Trip Advisor from last month (February 2014) that a tiger had been spotted by a tourist on a safari in the park; I really didn't expect to see tigers here. My main purpose of visiting was first and foremost the bird life.

And plenty of birds we did see. Our first stop inside the park was down by a small lake with was teeming with lots of different birds plus a few crocodiles. 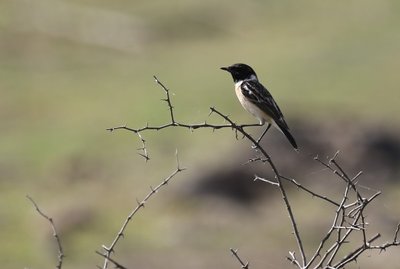 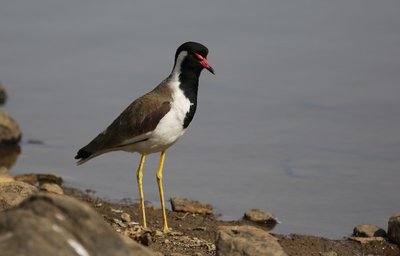 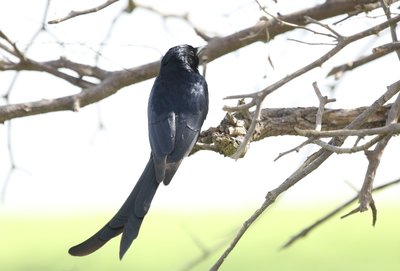 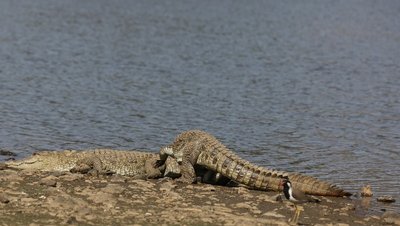 As we continued through the park, we saw lots more birds plus the main mammals in the park: nilgai, chital, sambar, wild boar and squirrels. No sign of tigers. 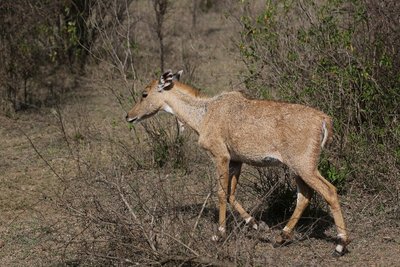 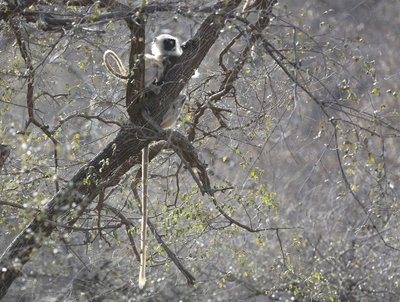 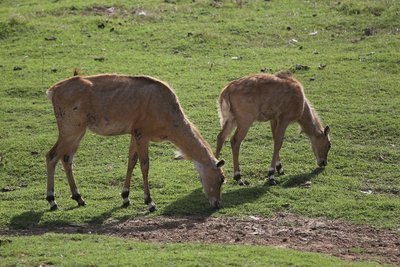 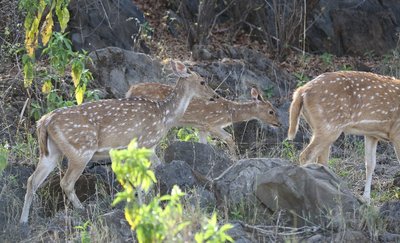 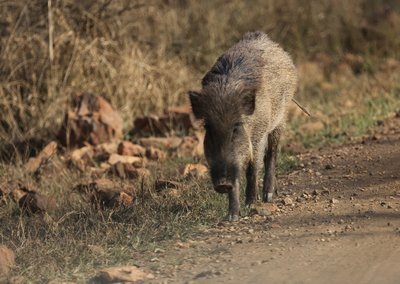 With the tigers being tagged, the ranges know approximately where they are at any given time. Number Six was said to be “just over that hill”, so we headed in that direction. No sign. Just as we were turning round to go out of the park, we met a tourist jeep who claimed to have seen him, so the guide told us to “hold on tight” and we set off at break neck speed up the hill. Sure enough, there behind the trees was a tiger. 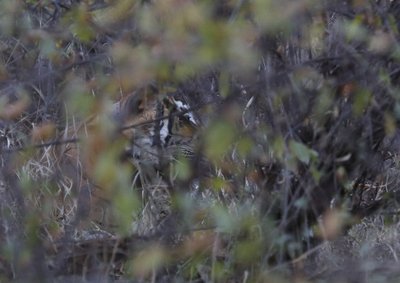 When he got up and started walking along, the driver anticipated where he would come out on the road, and he was right. 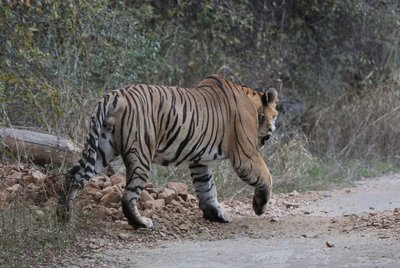 We followed the tiger as he strolled along the road for about ten minutes, stopping to sniff a bit here and there and spray the bushes as he went along. 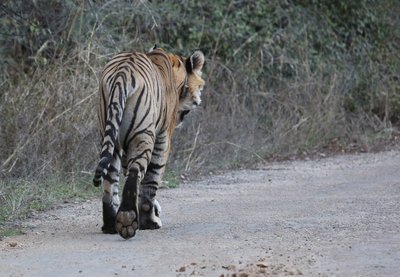 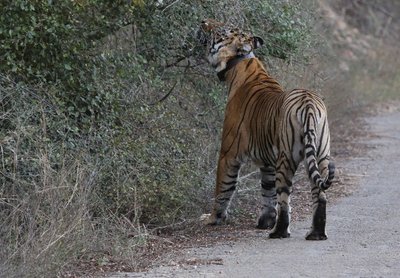 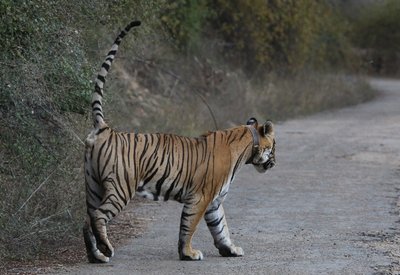 Around the last bend we spotted a pedestrian in the road ahead. We tried to signal to him to go back, but he was taking no notice of us. Then the tiger spotted him too, and the driver shouted as loud as I have ever heard any man shout – it scared both the man and the tiger. The man ran off and the tiger turned to charge at the noise, but fortunately changed his mind as we were only about 20 metres away at this time, in an open Jeep. The driver slammed the car into reverse, but the tiger jumped back up into the jungle again. 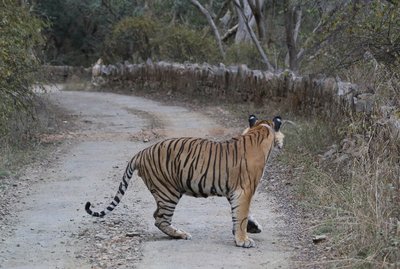 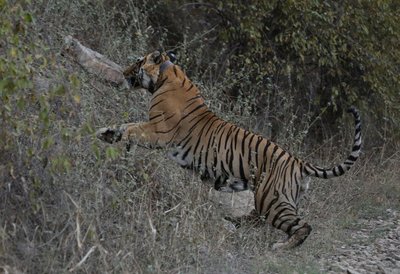 We followed him from a distance as he made his way through the bushes before we had to rush off to exit the gates before 18:00. What an exciting afternoon!

Back to the lodge for a shower and a drink before dinner – the hotel seems to be running a little low on supplies: they had no Kingfisher and no Coke or Pepsi. Rum really is not the same with Fanta.

I think we must have tipped too well at lunchtime, as we seemed to be getting all sort of extra services this evening: drinks delivered, turn-back service, soup room service? We declined the last two and made our way to dinner as the only two guests in the restaurant again. Afterwards we were invited to what I think was a staff party with drinking and dancing around a bonfire in the hotel grounds. We politely declined and retired to the room to finish the blog and have an early night.

Wow! One of my top things to do in life is seeing tigers in the wild.
How amazing!
Are you sure the purple in the pool wasn't due to YOU and David having been in it?
They have that nifty dye which turns the water blue if you pee in it….just saying

Wow what an exciting day. Great pictures of the tiger. I don't think that is a good place to go for a hike.

Great story about the tiger and super photos too. Love that purple pool ;-)