No tigers but the Royal Suite made up for it...

Another safari this morning at 6.30. Inspired by yesterday’s generous tip for finding the tiger, the guide and driver were keen to find another for us today. We set off in search of the mother and cub, who had been seen yesterday afternoon by an English lady travelling on her own. We’d seen her yesterday at the ranger’s hut in the park, but she’d been taken a different direction to us afterwards. She was furious that her guide and driver had spent so much time in the ranger station rather than look for the tiger. When she heard about our sighting she was almost bursting with anger. I am so grateful she is not travelling with us! 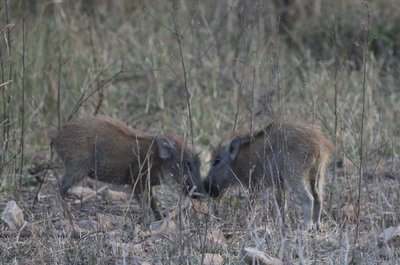 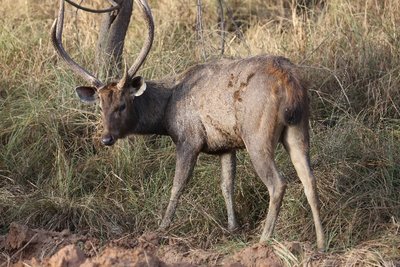 As we headed for the area where the tigress had last been seen, and the excitement rose when we saw some fairly fresh pug marks in the road. Despite hearing the warning calls by the langur and samba, we never did spot the elusive tiger. 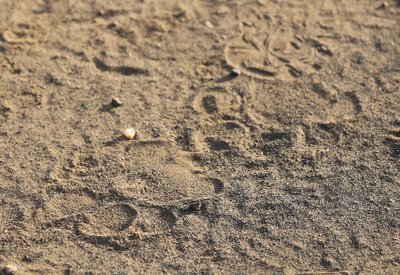 It was still a beautiful morning out, with lots of bird sightings and another crocodile. 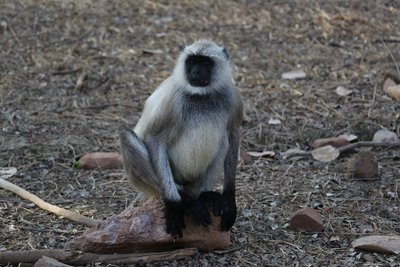 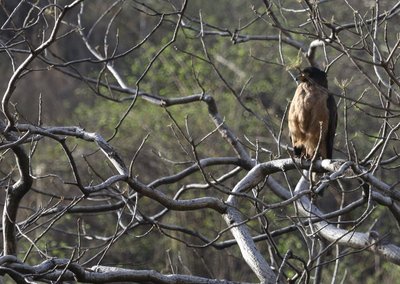 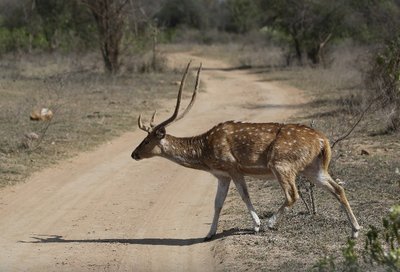 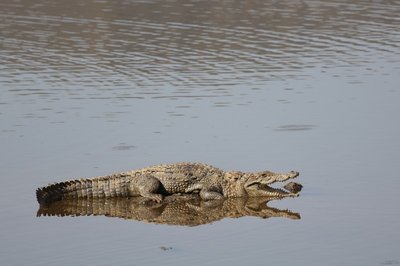 Back to the hotel for a great breakfast of stuffed parantha and curd before checking out and heading towards Bharatpur. 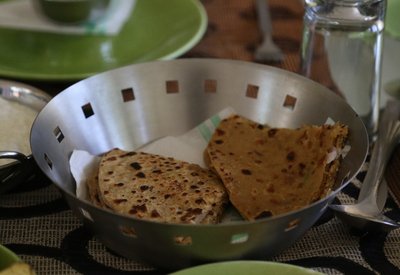 We both slept a good part of the way, but Shiv woke us for the adorable baby camel, as well as for the baby sheep travelling in baby-slings on the back of donkeys. 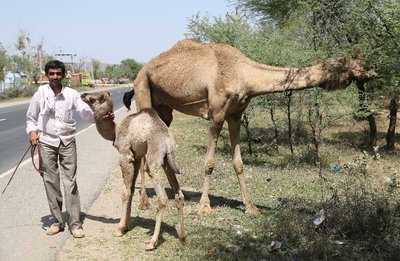 Bharatpur
Bharatpur was once the capital of the Jat Kingdom and was considered to be an impregnable city. The Royal House of Bharatpur traces its history to the eleventh Century AD. Under the able leadership of the Jat warriors the territory of Bharatpur expanded far beyond the original boundaries of the town and the Jats became a power to be reckoned with in this region.

Laxmi Vilas Palace
Now a Heritage Hotel, Laxmi Vilas started life as a Royal Palace back in 1857 and is still home to the Maharaji family. For the last hundred years or more, this was very much where it was all happening in the princely state of Bharatpur, with duck shoots, royal weddings and affairs of the court. Ceremonial rooms in the palace still play host to tradition pujas and other ceremonies. All the best people have stayed here: the Shah of Iran, the Duke of Edinburgh (did I say “best” people?), the King of Nepal, the Shah of Afghan and now the Howards. 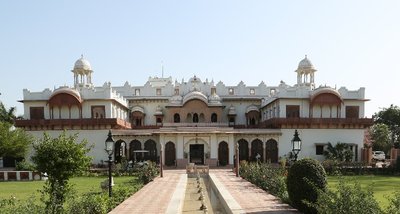 Set amongst a sprawling 50 acres, with a mere 30 bedrooms, Laxmi Vilas oozes sumptuousness and ambience and sports an eclectic and lively fusion of Rajput and Mughal architecture. We are not generally lovers of luxury and opulence, but I came across an offer on line which was too good to refuse. Hence we now find ourselves staying in the Royal Suite of a Royal Palace. 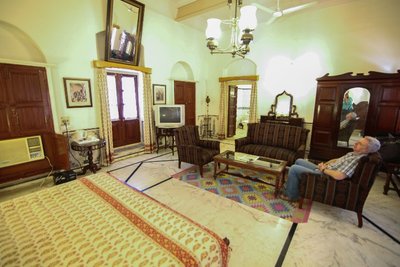 The public rooms are full of period décor and antique furniture reflecting the rich & varied heritage of the palace. Each of the rooms is unique in its own style to bring back the grandeur of regal Rajasthan in its heyday. 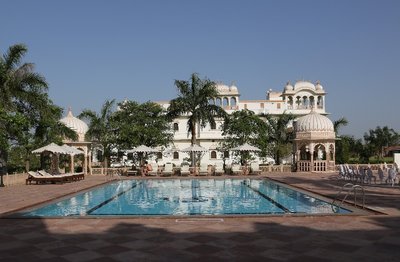