Time to head for home

Trying not to sleep on the journey from Bharatpur to Delhi proved impossible. I wanted to be as tired as I could be for our overnight flight home, so tried my best to stay awake on the road, but wasn't successful. I amused myself by photographing various scenes along the road. 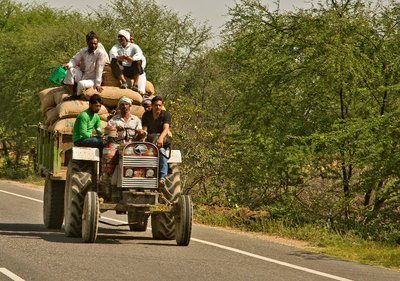 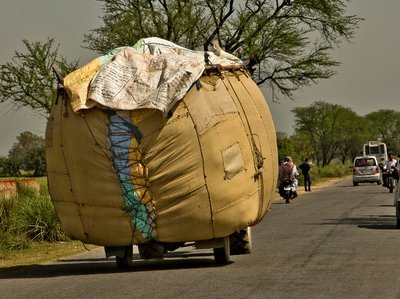 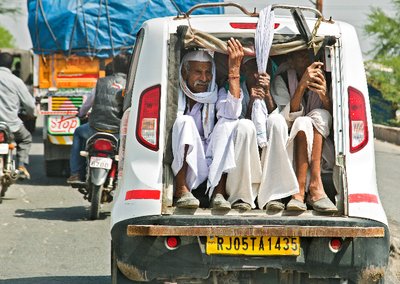 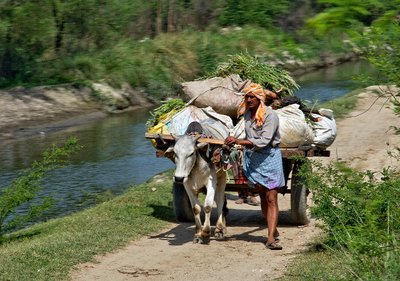 Dung being collected, dried and stored for use in the kitchen for cooking. 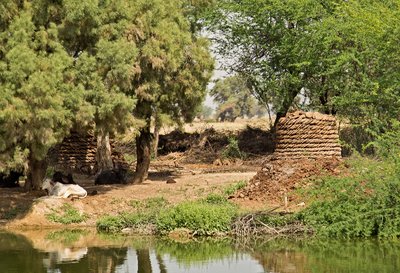 We passed an impressive looking Sikh Temple under construction. 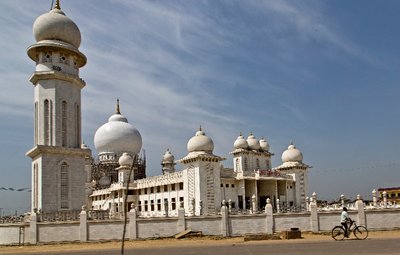 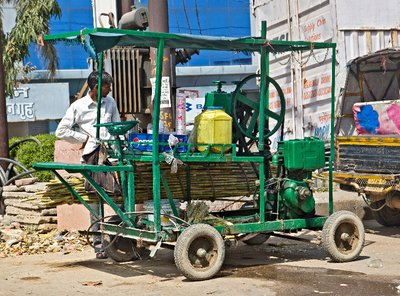 About half way we stopped in a tourist restaurant for lunch, and had the recommended dish of aloo til: chunks of potato coated in sesame seeds and salt and deep fried. I asked for it spicy and it was mildly off-bland. Some spicy sauce helped give it a kick. 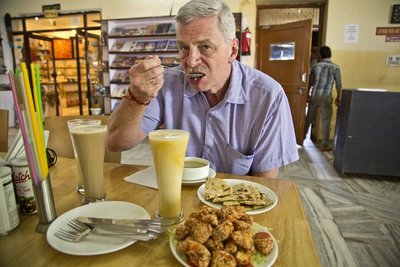 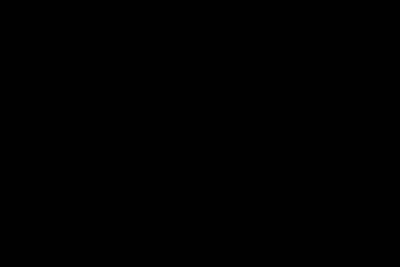 You can tell we are on the main tourist route, with the car park hosting a traditional musician hoping for a tip. 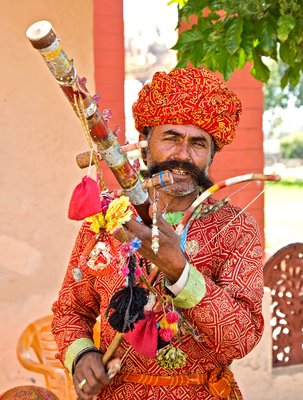 The good thing about being on a popular tourist route is the fact that the restaurants all have very decent facilities. This is the first time ever I have been to India (our ninth time) where I have not encountered a single squat toilet! I am grateful for small mercies. The downside of this is that in every wash room there is an attendant who – for baksheesh of course – will open the door for you, clean the toilet seat, give you a few sheets of toilet paper (or the whole roll if you are really lucky), turn on the tap and then hand you a paper towel. I suppose it creates employment......

Humayun's Tomb
As our flight wasn't until much later this evening, we had time for a little sightseeing in Delhi.
The magnificent tomb of the Mughal Emperor Humayun was commissioned by his wife Hamida Banu Begum in 1562 AD, and designed by a Persian architect who introduced the idea of garden-tombs to the Indian subcontinent; later they would be found in the Red Fort in Delhi and at the Taj Mahal in Agra. The tomb is thought to be the first substantial example of Mughal architecture in India and its design went on to establish some of the important norms for later Mughal mausolea: set in a geometrically arranged garden criss-crossed by numerous water channels symbolising paradise. 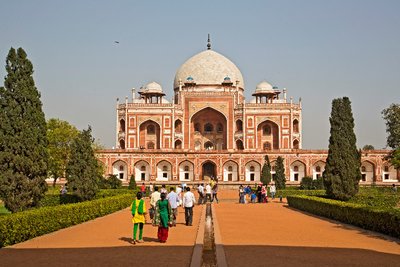 Also in the complex there are several other graves, including that of Humayun's wife, and Dara Shikoh, the son of Shah Jahan (the man who made the most beautiful ever mausoleum to his wife – the Taj Mahal). 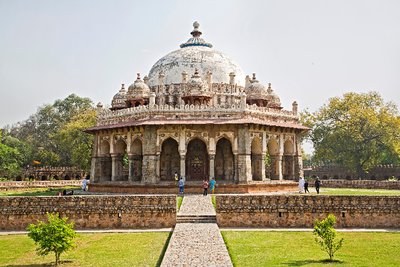 Now it is time to say goodbye to India – for now. We are hoping to be back very shortly – watch this space!

Humayun's Tomb.
This was the first tomb we saw in India, and it was amazing. We were able to walk around at our leisure and see everything especially as I was unable to visit any others [Taj Mahal, Amber fort, Fatehpur Sikri] after breaking my leg on Delhi Station platform. Thanks for the memories, Grete