On our way to yet another trip

I hadn’t originally planned on including this day in my Moldova blog, but as a couple of amusing incidents happened, now that it is time to write it all up, I have changed my mind; so here goes:

In order to avoid an early start and any hassle associated with long distance motorway travel in the UK, we decided to drive up to Gatwick the day before and stay in a hotel. After checking in to the Premier Inn near the airport, we head straight for the outside bar to enjoy a pint of cider (or two) in the warm summer’s evening. 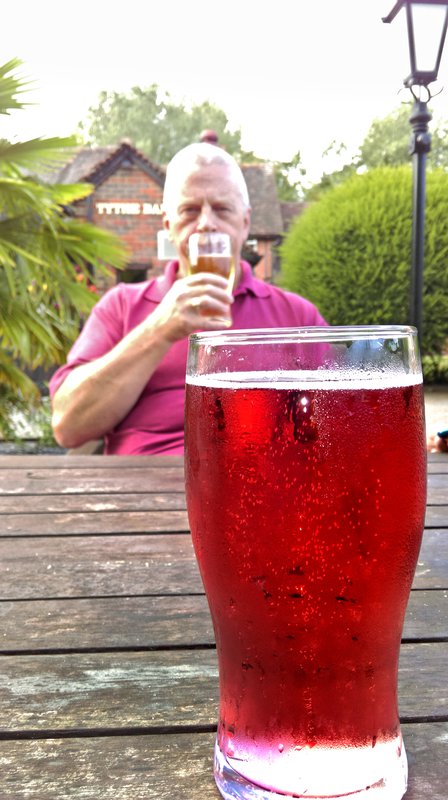 Also in the beer garden are a table of ‘virgins’ - air stewardesses from a well-known airline. They completely freak out when a few wasps are attracted to their food; screaming, waiving their arms about and running around like demented beings. Their hysteria is complete when the resident cat saunters over to check out their dinner. The girls abandon their table, complete with plates of half-eaten food, and seek safety from the dangerous beasts of Surrey inside the pub. Hmm. This is the calibre of people we have to rely on to be calm, efficient, and business-like in the case of an emergency on a flight?

This is our third visit to Gatwick Manor, and we are not sure whether to be flattered or worried that the restaurant manager still remembers us, especially as it is four years since we last came! We must have made quite an impression.

I often find appetisers are more interesting than entrées on the menu; so like many times before, I choose three starters rather than a first and second course. 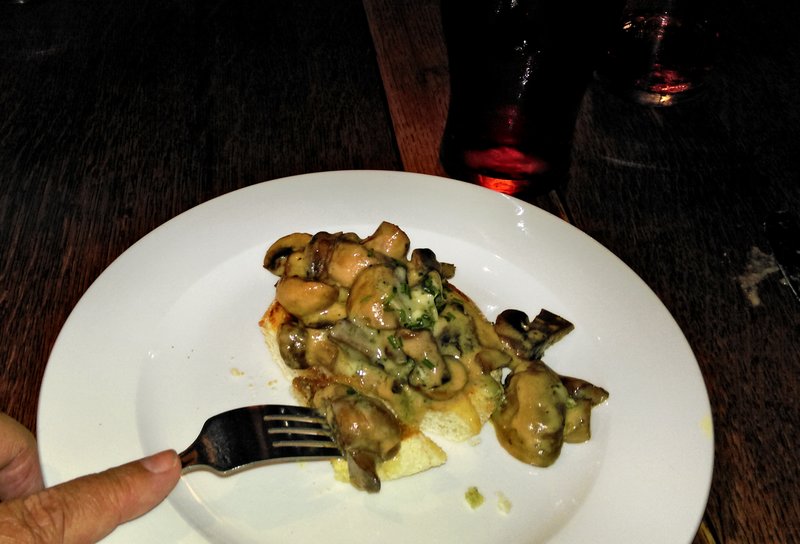 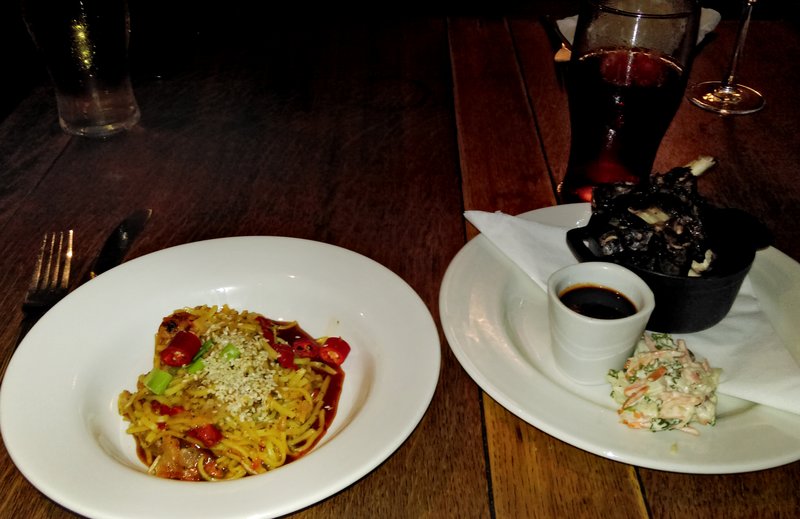 David is more of a traditionalist, and after his Stilton and peppercorn mushrooms, he has SLOW-COOKED LAMB SHOULDER, cooked for 8 hours and served with mashed potato, buttered seasonal vegetables and a rich red wine sauce. 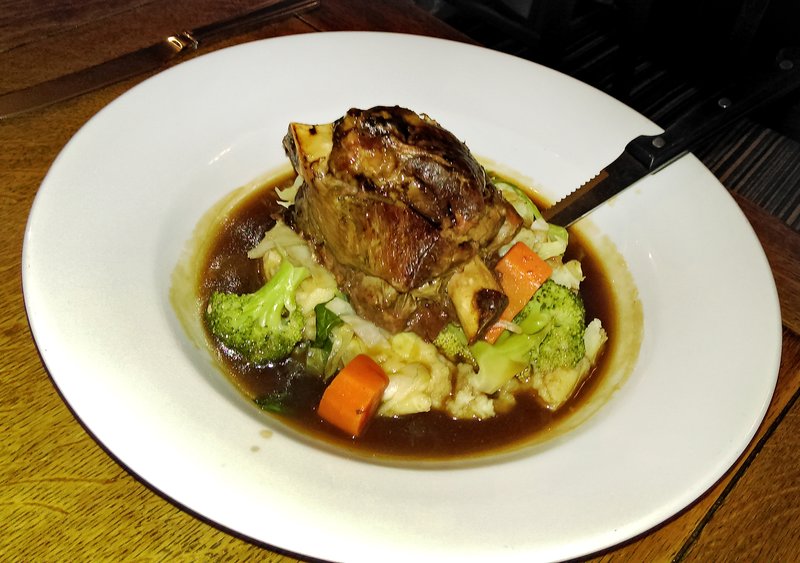 For dessert, David predictably chooses the apple and blackberry crumble with custard and ice cream. 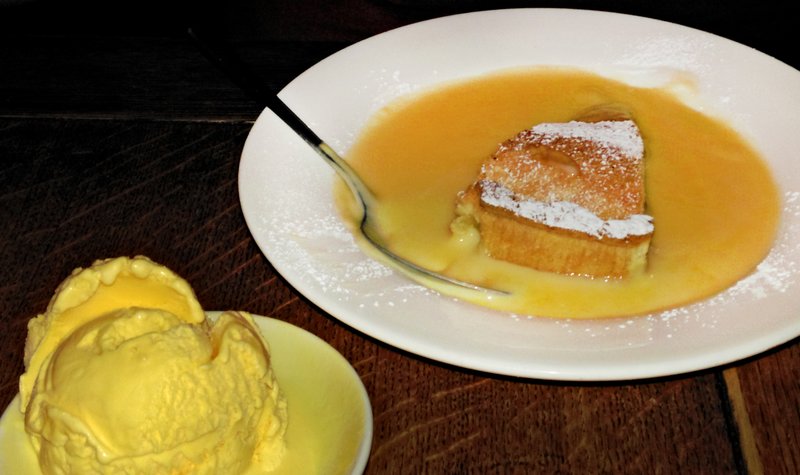 I, on the other hand, go for the cheese plate. 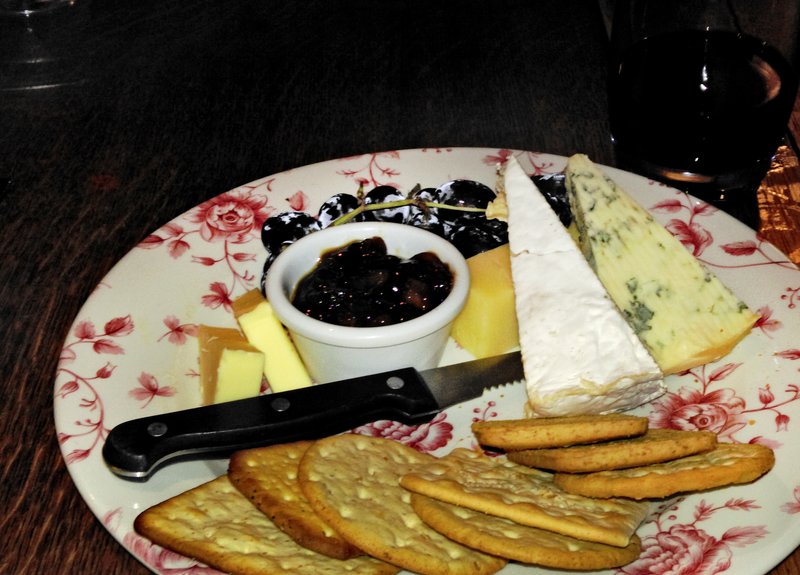 Having eaten – and drunk – too much, and with the room being way too hot, sleep evades me, and I toss and turn throughout a restless night.