“Where are you going?” I laugh at the question, not because it is stupid or even funny, but in anticipation of the reaction when I tell them “São Tomé & Principe” (pronounced something like sang tomere ee prisp, with the emphasis on the last syllable). As usual I receive a blank stare in response. “Where's that?”

It is a reaction we are familiar with, however, as we do tend to favour the path less trodden over the mass-tourism destinations, and have travelled to a good few 'unknown' places over the years. São Tomé & Principe is no exception.

A former Portuguese colony, the island nation of São Tomé and Principe can pretty much be described as being situated in the centre of the world: the closest landmass to the point where the Equator and the Meridian meet, some 200 km off the west African coast. 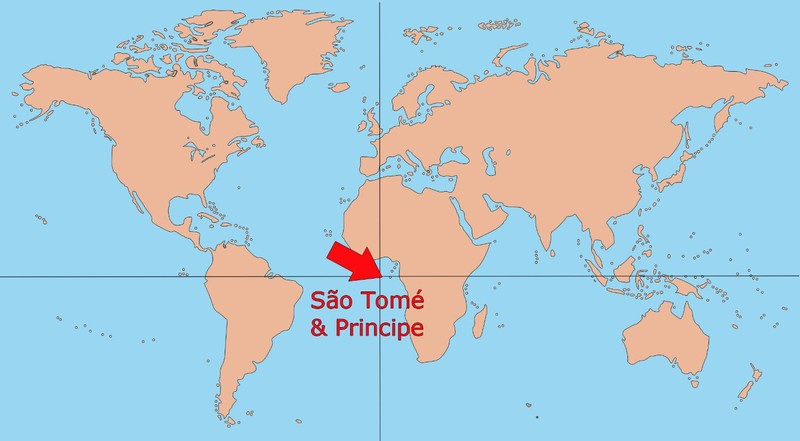 As with most of these virtually unknown and little visited destinations, São Tomé is not an easy place to get to. We start our journey at Heathrow for a short flight to Lisbon.

As seems to be the norm these days, we are asked to print our own luggage tags using the automated machines at the airport. I explain to the chap directing the flow of passengers that we have tickets all the way to São Tomé, but would like to collect our bags in Lisbon as we are staying overnight there. “Go and see the man on the Help Desk”.

'Help Desk' is somewhat of a misnomer: as we approach the elderly gentleman barely looks up while spitting out a brusque “You need to check in on that machine”. I try to explain “We were told to come here...” Without enquiring why, or even letting me finish the sentence, he barks: “Check in there” while pointing at the nearest machine (which incidentally is out of order). Once again I start to explain and am interrupted, but eventually he has to concede and takes our passports without another word.

By this time Mr Officious is obviously stressed at the thought of having to do some work, and types away furiously on his keyboard. I have to repeat our destination several times. He flicks through every page in my passport before asking about visas. I show him my e-visa which I thankfully applied for after checking various websites and getting completely conflicting information (even the agents in STP did not know the definitive answer, the Foreign Office website said we didn't need one, whereas the Bradt travel guide said to ignore the FO site as they were out of date and to obtain a visa prior to travel). I guess that is one of the hazards of having a Norwegian passport, not many people from Norway travel to São Tomé via London. Now extremely flustered, Mr Officious stares at the piece of paper, which is mostly in Portuguese, trying to make out the dates. He then struggles to read the flight detail on the screen and I eventually have to lean across and point to the dates and assure him that “yes, we are only travelling for a week, and yes, the dates on the visa correspond with the dates of our travel”. Still not convinced, he goes off to check with the girl on the check-in desk. More furious typing ensues when he gets back, followed by an even more frazzled look. We go over the dates again. 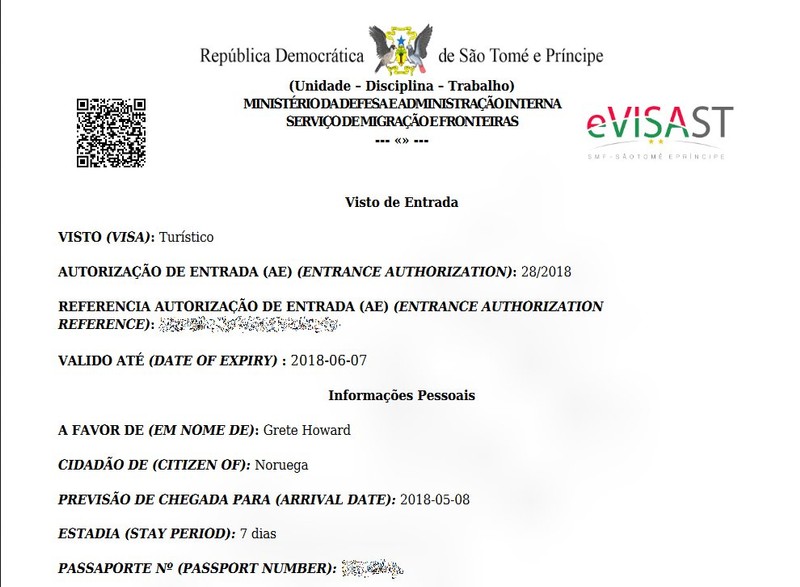 Next our transit in Accra is questioned (he pronounces it “ack-rah”, with the emphasis on the 'ahh' at the end, making it sound more like 'Prague' as he mostly mutters under his breath by now). “Where is your visa?” Groan. We are only there for 45 minutes, I doubt if we will even be allowed to leave the plane. He looks at the flight details on the screen again and states “It's OK, you are only in transit”.

Finally satisfied that we are fit for travel, he prints our baggage tags. Or tries to. The printer jams and he has to start all over again from the beginning. On his forehead little beads of sweat are appearing. “Chug chug chug” says the machine, then silence. With shaking hands, and his face a dark shade of crimson, he pulls out the jammed labels and tears them up. His breathing is so laboured I fear he is going to have a heart attack. “Go to the desk” he grunts, pointing to the young girl who answered his questions earlier. With great relief, both for us and him, we leave Mr Personalityless behind and make our way to the baggage drop-off desk.

Smiling sweetly, she takes our bags, checks us in, gives us our baggage tags and boarding cards and wishes us a pleasant flight. If only everything in life could be as easy as that!

Apart from being pulled aside at Security and given a pat down and swabbed for explosives, the rest of our airport experience is uneventful. 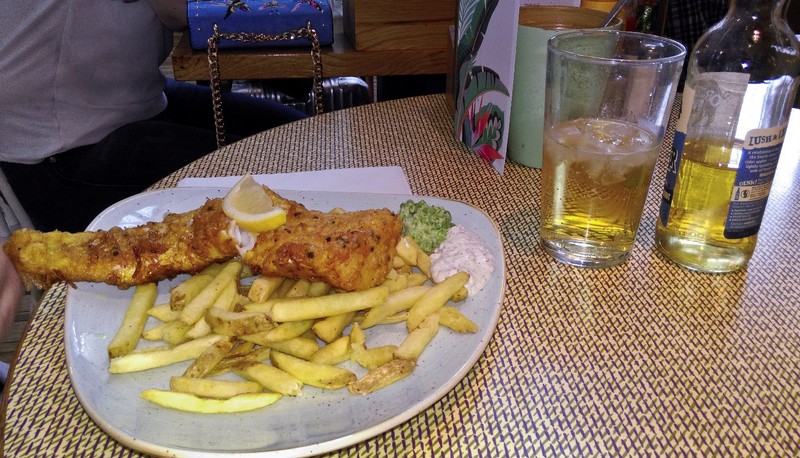 Fish and chips at the airport 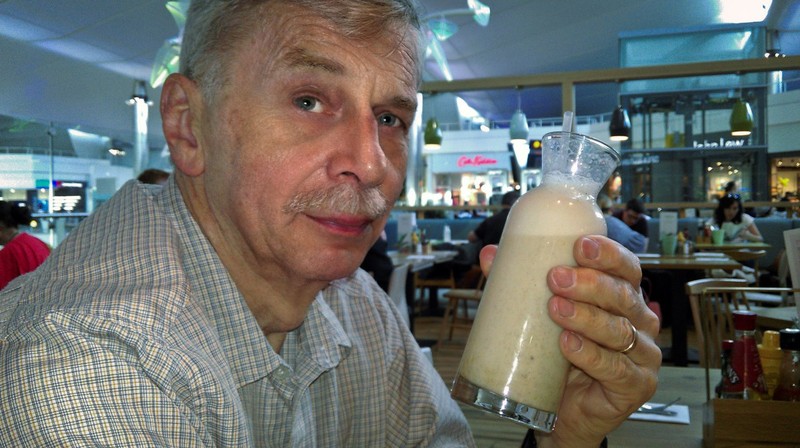 The TAP Portugal flight leaves 1½ hour late, and is thankfully not full as the legroom is minimal and comfort non-existent. We have arranged for the owner of the apartment where we are staying tonight to pick us up from the aiport in Lisbon, which she duly does. A delightful girl, with excellent English, she drives us the short distance to an unassuming, dull-looking block of flats.

On the second floor, the apartment is small but delightful, and has everything we need for this very short stay. As we are required to be back at the airport in six hours' time, we go straight to bed, leg one of the journey completed. 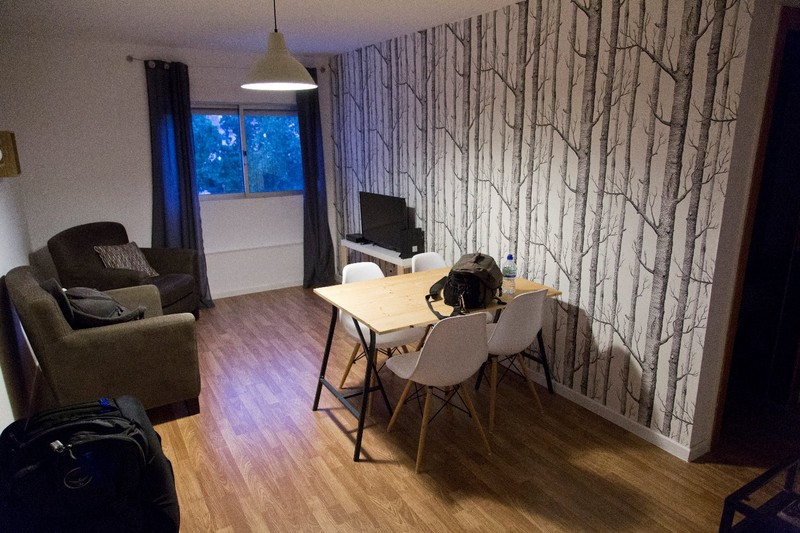 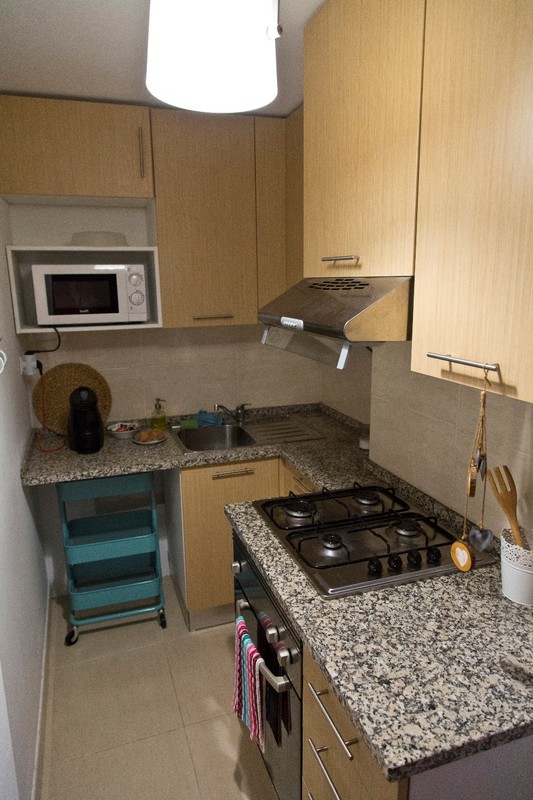