24 hours to go – time to check in. As soon as I type in the ticket number, I get a message stating: “Cannot check in as the time/date of flight has changed”. Groan. We know from experience that even a five minute time change messes up the Turkish Airlines' on-line check-in system, so we are not overly worried at this stage.

Having found their telephone number on line, I try to ring the airline, but as soon as I get the ringing tone the line cuts off. This happens three more times. I wonder if it is my mobile playing up, so I get David to try as he is on a different network. Same thing happens to him.

On their website is another telephone number which I try, but that comes back as 'unobtainable'. After a bit of searching on the web I find a third number which actually has a real live person the other end and doesn't cut out on us. She reconfirms the flights for the four of us and assures us that we will be able to check in on line now. Hurrah!

When he tries, David can't even get beyond the point where he enters the ticket number. I have more success, getting as far as being able to choose our seats for all the flights. Unfortunately the second flight from Istanbul to Kilimanjaro appears to be full, and the only available seats are four singles scattered throughout the aircraft. Another groan. I am hoping we'll be able to rectify that when we get to the airport tomorrow. I get as far as pressing the all-important button that says CHECK IN when the computer tells me there is a 'technical error'. I try several times, each time the system returns the same error message. David tries too, with the same result. After nearly two hours of getting nowhere, we finally give up.

With Lyn and Chris we make our way up to Heathrow for overnight at the Premier Inn by the airport. We have a few drinks in the room (having seen the prices in the bar!) followed by a very enjoyable dinner with excellent service from a very cute waiter. I don't sleep well though, not sure whether it is result of too much food, the alcohol or the building excitement. Or maybe a combination of the three. 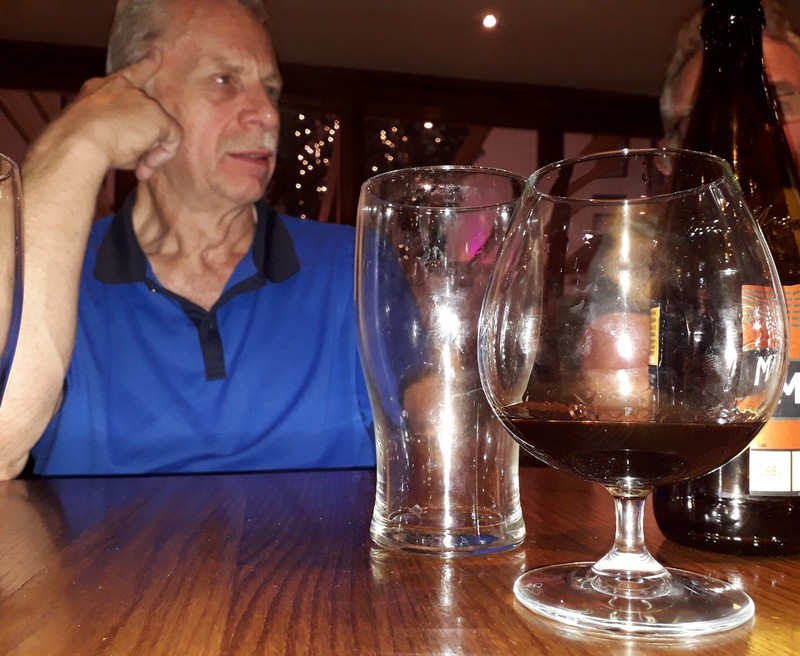 After a very decent breakfast we make our way to the airport to drop the car at the valet parking. Once we reach the departures area, we are not surprised to find that we are unable to complete the self-service check in, but have to join the long, slow queue for the manned desks.

Big Bertha
Those of you who follow me on social media will have 'met' Big Bertha, the newest member of my camera family (for those of you who don't know, Big Bertha is an enormous 600mm camera lens). Bertha is way too big and heavy to take as hand luggage on the aircraft along with the rest of the 'family' (camera equipment), so I am having to check her into the hold. Gulp. We have wrapped her in cling film and she is double locked with a padlock and chain as well as the locks on the case itself. The case is extremely well insulated and padded (after all, she came over from Japan in it), so should be shock and knock proof; and the kind lady at the check-in desk plasters her with FRAGILE stickers. I wave a reluctant and nervous goodbye as she gently slides down the conveyor belt. “See you in Tanzania” Hopefully. The same kind lady also sorts our boarding cards out so that we can sit together on all the flights. 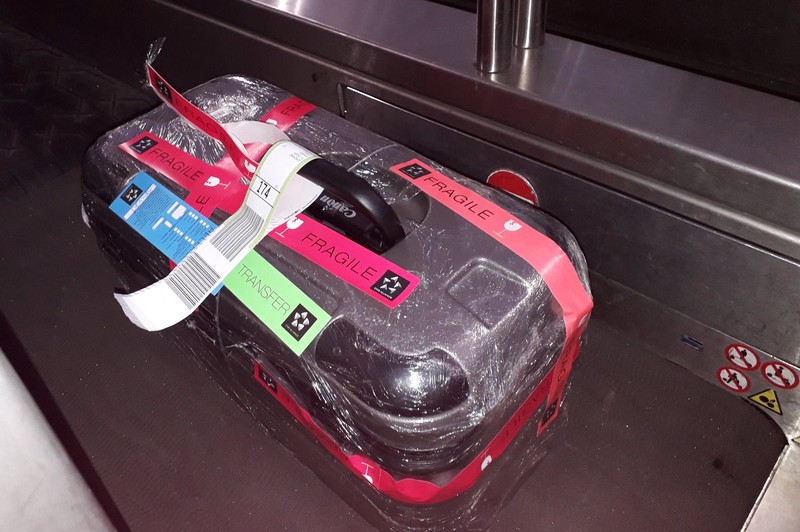 A good friend (“thank you Jen”) has sorted out passes for us to the executive lounge at the airport, a lovely quiet area with food and drink, making for a nice and relaxed start to the trip. 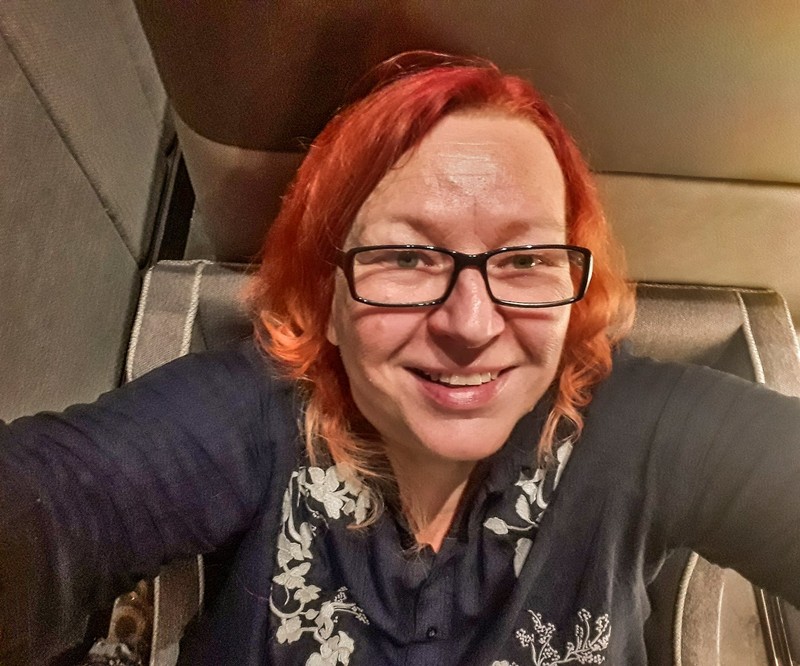 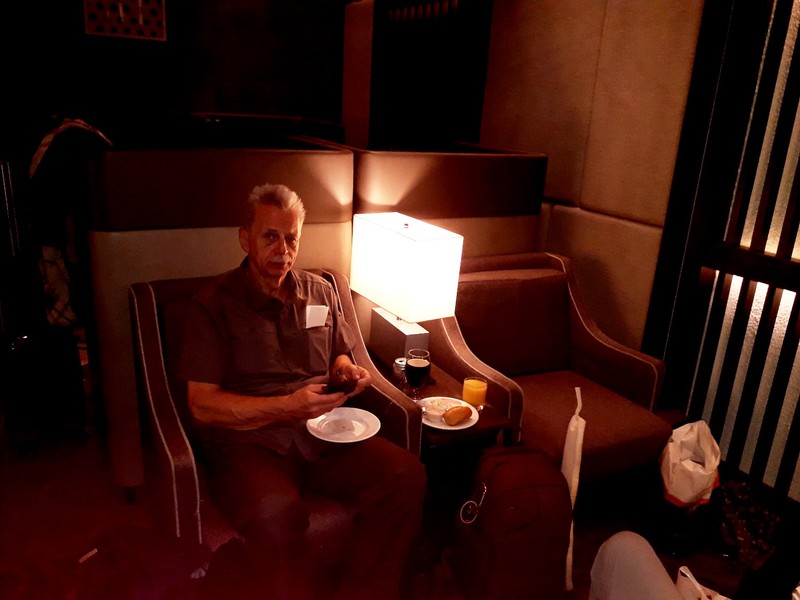 And so we settle in to our aircraft sea (we are lucky, the plane is not full and we can spread out a little) for the long journey to Kilimanjaro Airport via Istanbul and Zanzibar. 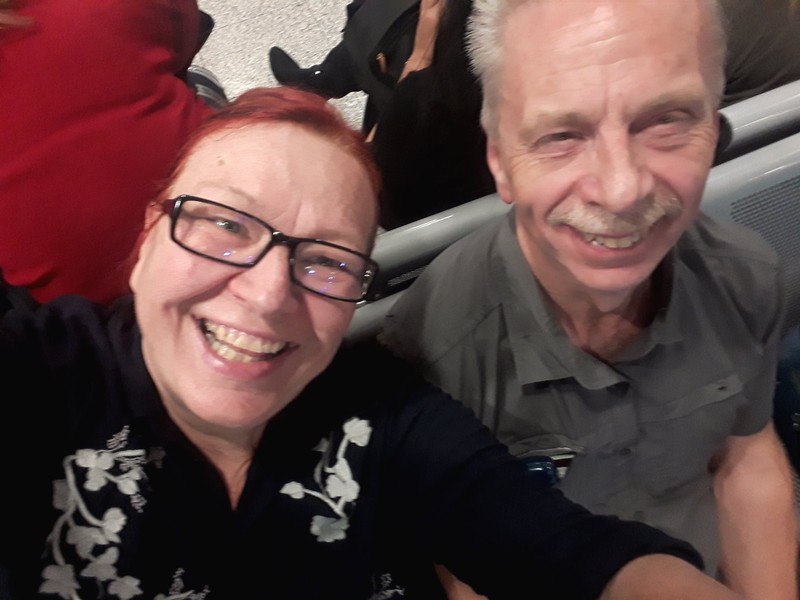 Yemen has attracted me for a number of years, and I was excited about finally going. Although I knew about the dangers of kidnapping, and had spoken to people who’d been kidnapped there and released unharmed, I was not prepared for the devastating news that blazed out across my TV screen. A group of tourists (travelling on the same tour as we have booked on, with the same company) had been kidnapped and in the mêlée that followed (otherwise known as a botched release attempt by the army) six of the tourists were killed. Our trip was cancelled and Yemen was once again closed to tourism. The year was 1999.

Fast forward to the year 2007, and I am yet again excited about going to Yemen. The tour I have picked looks perfect, almost the same as the ill-fated journey back in 1999 (not the same company though). The flights are not ideal, however, flying out of Stanstead and back into Heathrow, so I am delighted when Turkish Airlines inform us that they have changed their flight schedule and are now flying out of Heathrow too. We are told to arrive a little early at Heathrow airport to re-validate the tickets at the Turkish Airlines ticket counter. When we get there, however, they are less than helpful, insisting that we pay £80 to change airports. Our insistent protests that it was in fact them, not us, who changed the departure point, finally pay off as the official checks and re-checks his computer and liaises with a colleague. The first hurdle is over and we are one step nearer Yemen. 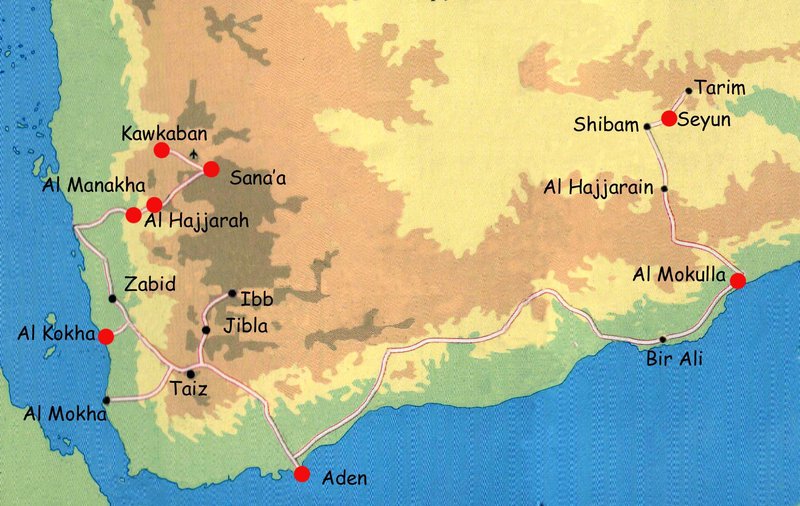 One small step. As we queue to check in, we hear rumours that the flight is delayed, and some passengers are taken out of the line to have their itineraries rearranged as they are likely to miss their connection in Istanbul. We are reassured that it will not affect us, however. The delay is said to be less than an hour, and we have a generous three hours in transit at Istanbul.

We finally board the plane nearly two hours late, but still hopeful for the connection at Istanbul. The hope slowly peters away as we sit on the runway for another hour before taking off. There is still a glimmer of hope, as we have known flights to wait for connecting passengers, and anyway, I am a glass-half-full sort of girl.

The glimmer of hope stays lit as we exit the plane in Istanbul and there are officials waiting to take passengers to connecting flights. I ask hopefully about Sana’a. “Transfer Desk”, is the answer. We do as we're told. The glimmer fades, but it reignited as we spot the Departures Board: ‘Last Call’ against the Sana’a flight. I jump the queue at the Transfer Desk and wave my boarding card at the girl, “Can we go straight to the gate?” All hope dies as she tells me the flight has departed and we have missed it.

We are not alone, there is a lone chap also wanting to go to Sana’a, as well as a large group of people who missed their connecting flight to Northern Cyprus. A smattering of other lost souls joins the party. A number of people are getting very irate and a lot of shouting and swearing is taking place. I remain calm; taking it out on the girl at the Transfer Desk will not help anyone and is grossly unfair. Anyway, I can’t be bothered to waste energy on being angry.

The next flight to Sana’a is on Monday – two days' time. We explain that we have a domestic flight within Yemen that day, and really need to get there before then. She takes our tickets and asks us to sit down. We do as we’re told. After some time, she returns with a possible flight for us. It would mean flying to Jeddah later that evening; with a twelve hour layover at Jeddah (at least there will be no chance of missing that connection!), arriving in Sana’a Sunday afternoon at 16:00. Not ideal, but the best we can hope for. I ring Emad, the tour leader in Yemen, and explain. He promises to be at Sana'a airport to pick us up.

Turkish Airlines arrange for our luggage to be transferred to the Jeddah flight, and armed with new boarding cards, we head for the gate. As she checks our passports against the boarding cards, the official asks: “Where’s your visa?” We explain the situation and she then follows up: “How long is your transfer time in Jeddah?” That’s when the devastating blow comes: the maximum layover time allowed in KSA is eight hours. The official refers to her supervisor, who goes off with our passports and boarding cards to telephone the immigration office in Jeddah to plead our case, but to no avail. Our luggage has to be offloaded from the plane, and we are back to square one.

“Remember us?” I ask at the Transfer Desk. The girl smiles as she recognises us, then her face falls as she realises the implications of us being there again. We know the drill now: hand over our tickets and go and sit down. We do as we’re told. We pass the time chatting to another couple in a similar same situation, but with an added complication – they have been offered a flight the next day, but they cannot leave the airport as she is travelling on a South African passport and is not permitted to buy a visa for Turkey at the airport.

Another solution has been found for us, and while the now-familiar girl goes off to arrange the necessary paperwork, we again phone Emad. This time we’ll be flying via Cairo, arriving in Sana’a at 02:00 on Monday morning. Emad is a little concerned, as our flight to Seyun leaves Sana’a at 04:00. In his own reassuring way he tells us not to worry, he’ll sort something out. We do as we're told.

Armed with Turkish visas, we follow another official to another office on another floor. This airport is becoming increasingly familiar. They take our onward and return tickets, as well as our passports, and tell us to sit down and wait. We do as we’re told. All we have now is a piece of paper with a handwritten note to say what flight we’re on the next day and where our tickets will be collected from. No name, no signature, no receipt for our tickets or passports.

After spending six hours at Istanbul airport, we are finally in possession of our onward tickets (and passports) – reissued along with the return tickets, and we find ourselves in a comfortable mini-bus on the way to a hotel in Istanbul for overnight. The airline is paying for full board at the five-star hotel, but the restaurant is now closed for the night. They send us some unappetising dry sandwiches, so we order room service at our own cost: Spanish Omelette and a Kebab with some water and Coke. The bill is $74. Yikes. No credit card, only cash on delivery. 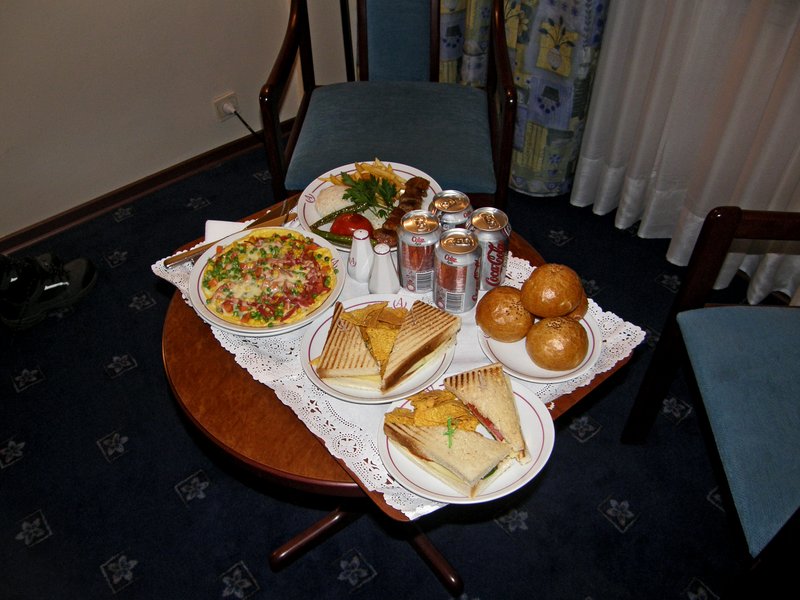 We break into the Duty Free alcohol and sleep well, hoping to wake afresh and ready to face the world tomorrow. 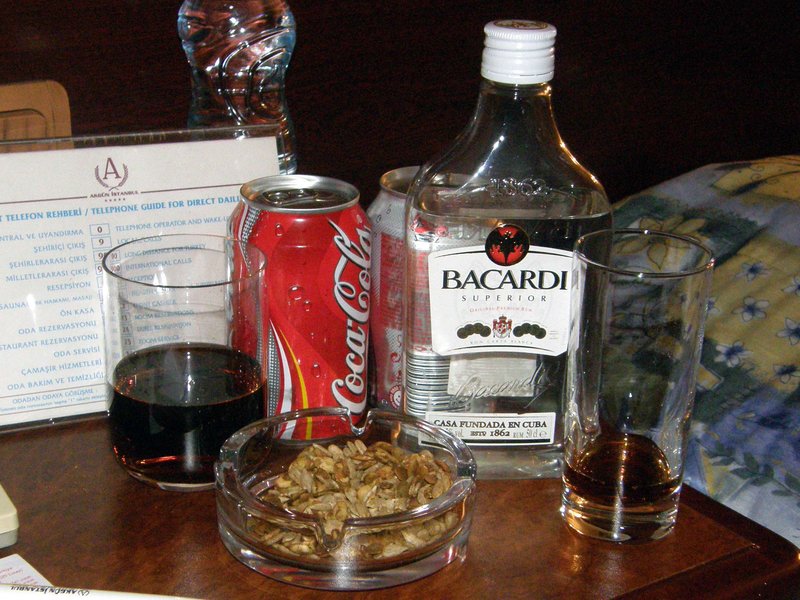