We have a few hours today before our evening flight back to Nairobi and onwards, so Tillya has decided we are going out for a little adventure. That suits us. Relaxing is for wimps.

We start off with a visit to the Cultural Market for some shopping. Not being shoppers, it wouldn't be our top priority, but it's quite fun to see what's available and have a little banter with the (very eager) sales people. “You come see my shop” “No charge for looking” You wanna buy?” Beckoning us in to their store and trying to 'encourage' us to go in by blocking our way. 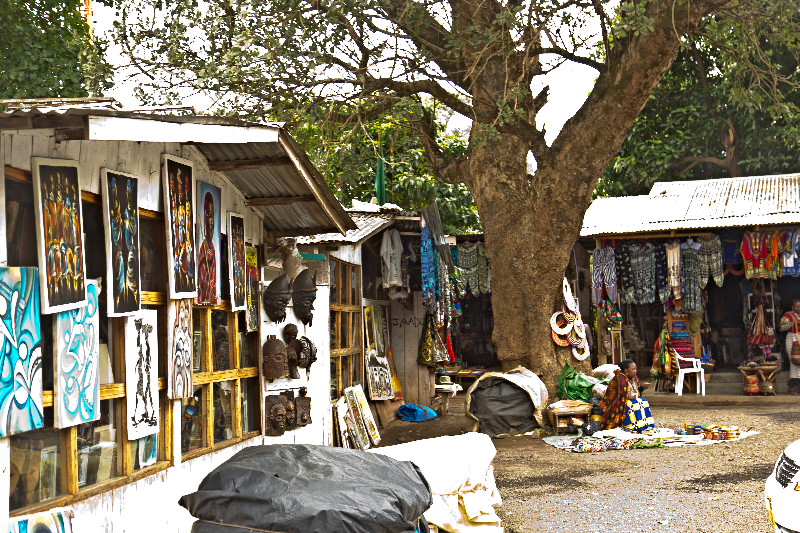 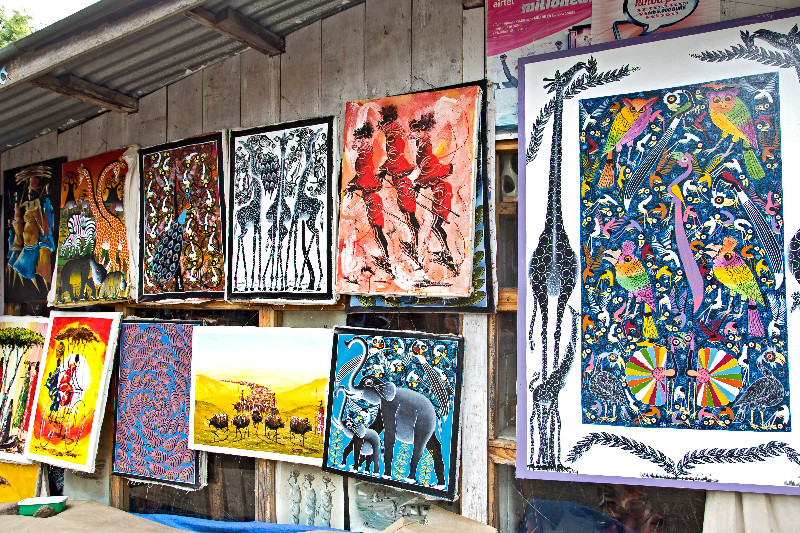 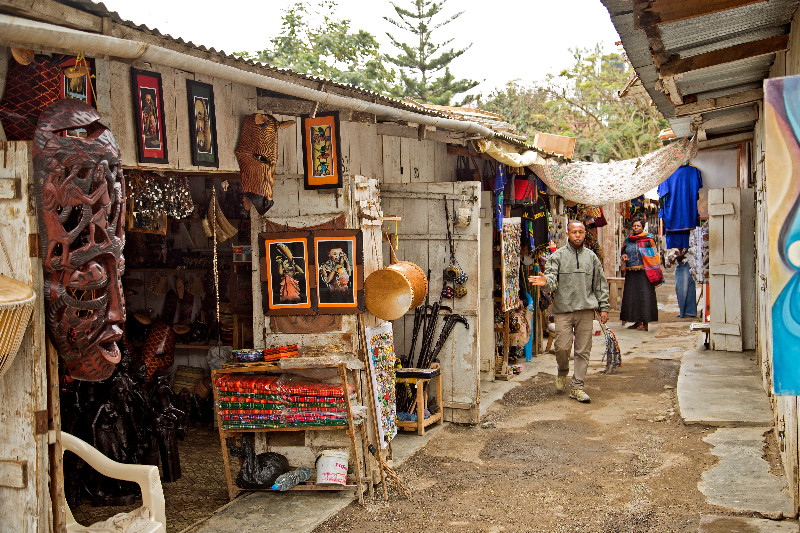 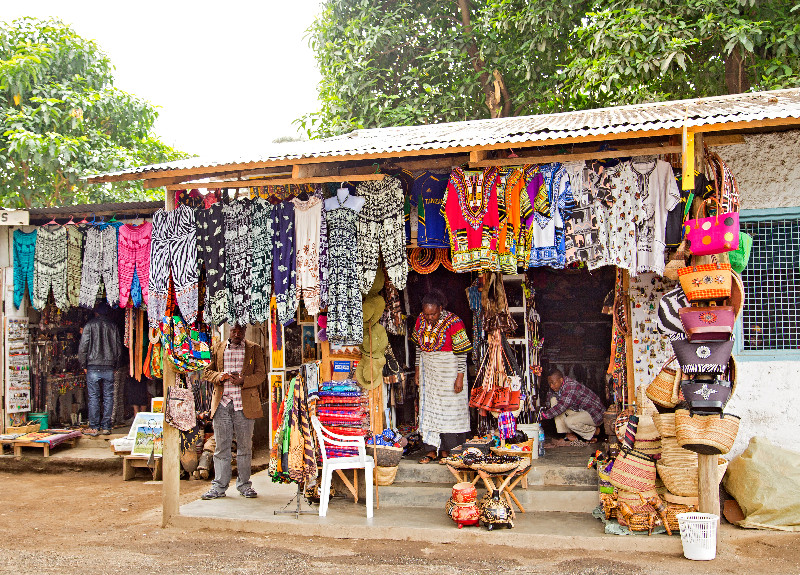 I manage to get a pretty good deal even if I say so myself (two masks for less than half the original asking price for ONE); and even Tillya comments to David that “She drives a tough bargain”. I take that as a compliment.

We head out of Arusha towards Namanga and the Kenyan border, although exactly where we are heading I have no idea. Even Dickson isn't so sure. One thing is for certain – there is plenty of dust and the road still isn't finished! We were told three years ago when we came this way by bus that it will be done “soon”. 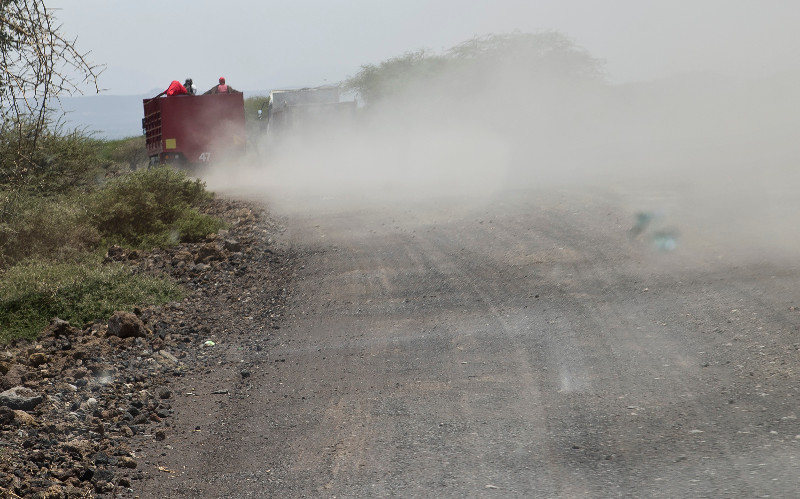 At Longido we stop to try and find the Tourism Office – which turns out to be the Post Office as well. 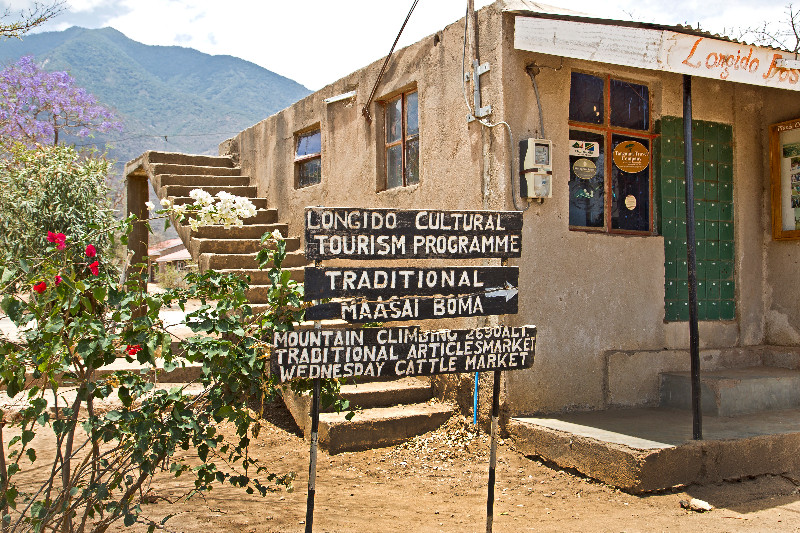 Somehow the name Longido rings a bell, and I rack my brain trying to remember what it is. An on-line newspaper article from a couple of weeks ago eventually comes back to me, reading:

“A herd of elephants wreaked havoc in northern Tanzania’s district of Longido, killing one person and injuring several others”

"Some people sustained with severe injuries in the tragic incident," the commissioner said, adding that "The killed man was at his home when a herd of elephants attacked him."
The official said after a few hours, fully-armed wildlife rangers arrived in the village, teamed with villagers and killed one of the elephants.
"They also managed to chase away the group of elephants, which were still roaming around the village," he said, adding that the dead man becomes the sixth to be killed by elephants in the past three years.

That's OK then. Thankfully we see no elephants on our visit to Longido. We are here to see birds, I believe, and pick up a guide called Samuel at the Tourist Office, who apologises every other sentence that we are not seeing as many birds as he thought because “not many birds in the afternoon”. Bless. The middle of the day is not the best time to go bird watching as the birds – like humans – will try and hide in the shade of the trees from the heat of the sun. But it is still a nice little outing.

The most common bird around here is the White Browed Sparrow – a pretty little weaver bird. 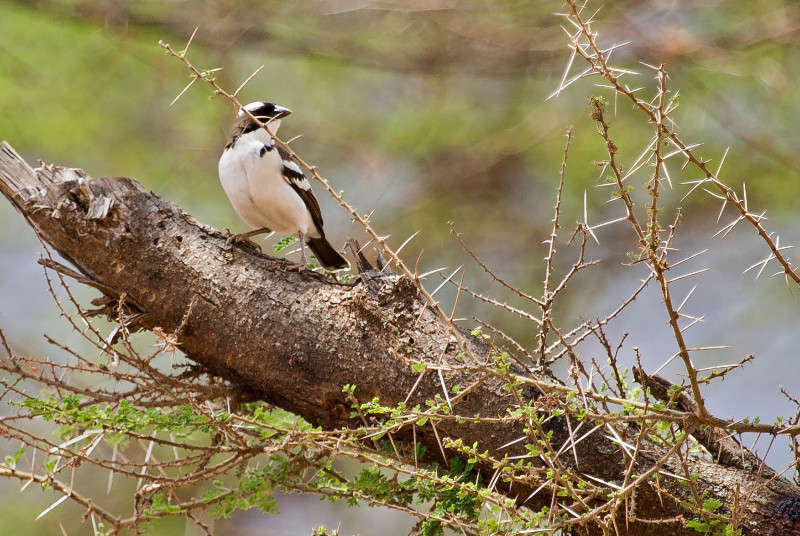 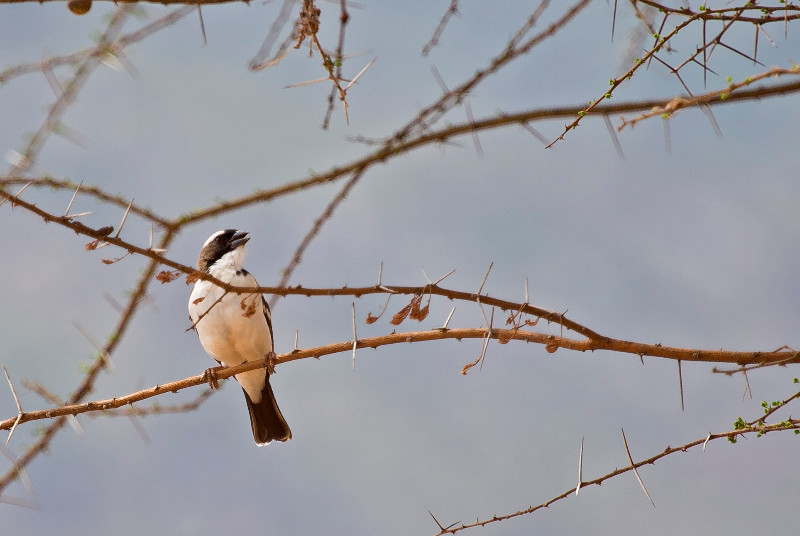 This is why they are called “weaver birds”. 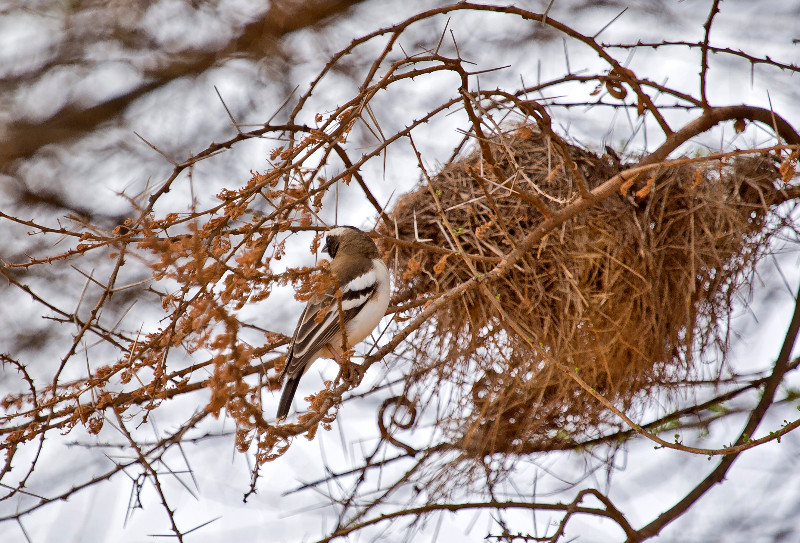 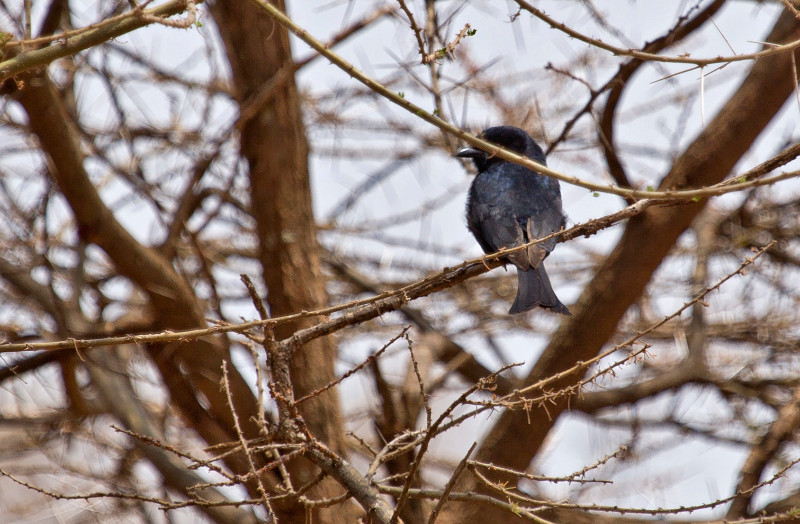 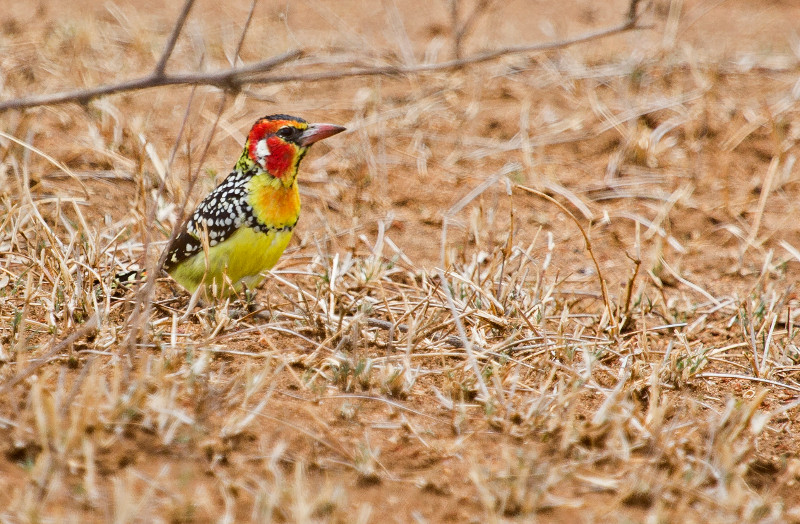 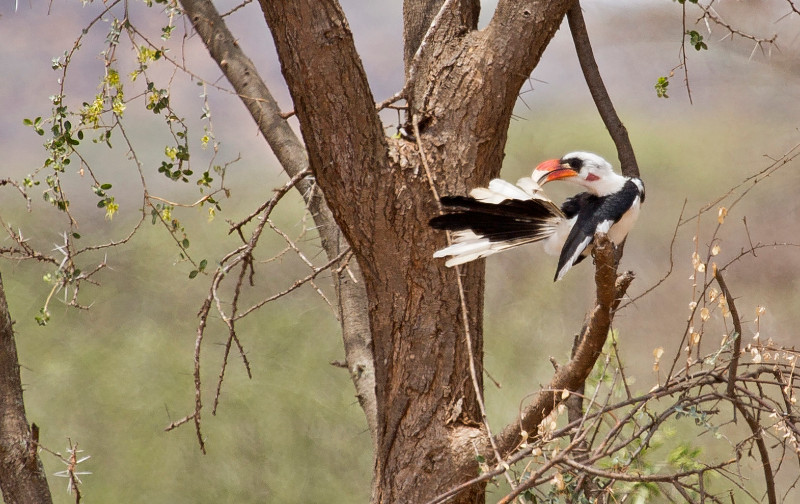 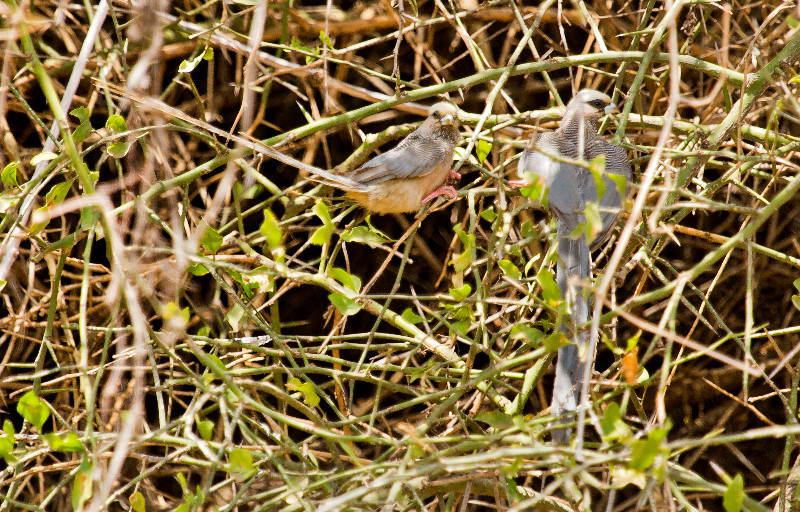 The area around here is very dry and parched – they haven't had any proper rain for over three years. 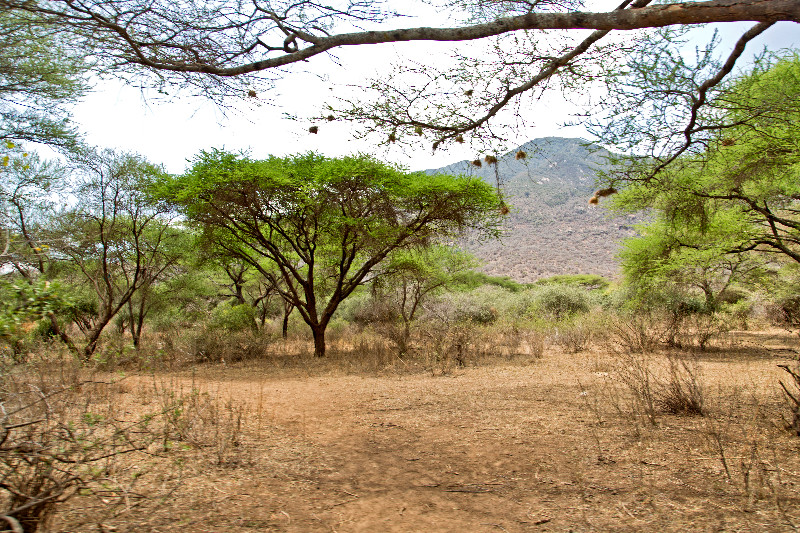 At the camp site we share our picnic with Samuel 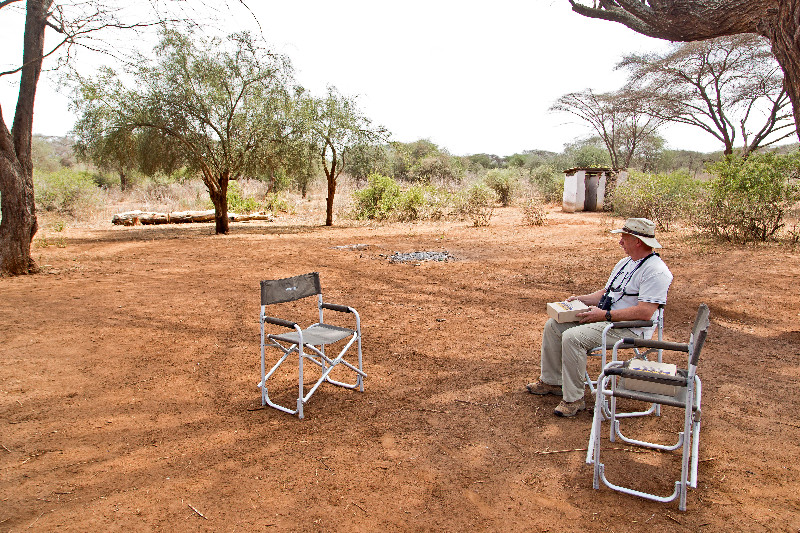 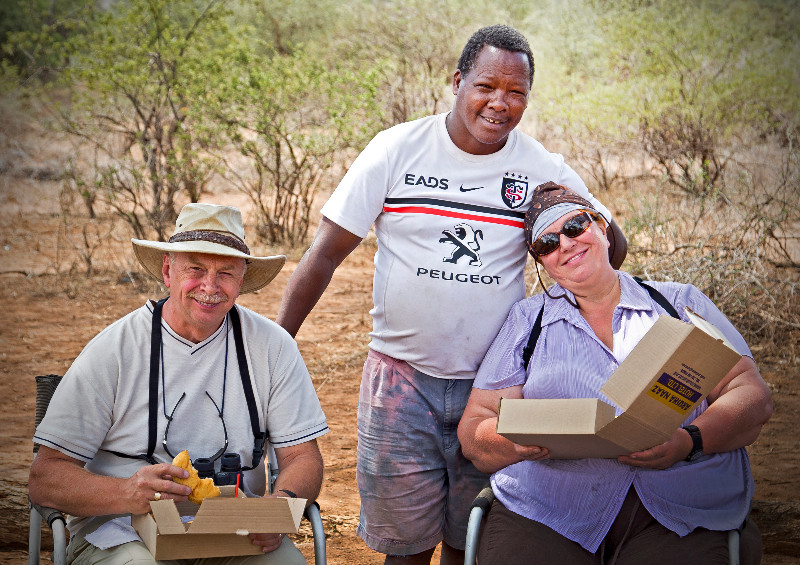 I am surprised at the interest, and knowledge, of the local people regarding the Scottish independence. Often they will bring the subject up and ask our opinion, especially as today is the day of the referendum! 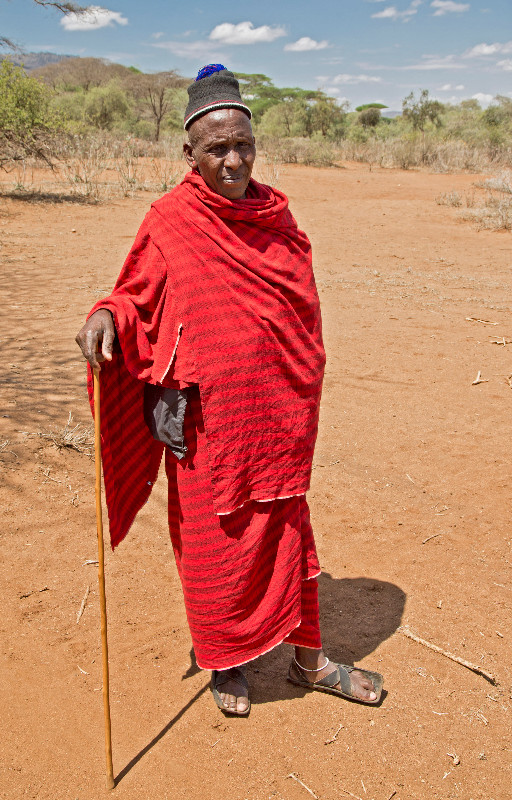 You think recycling is a modern, Western thing? Think again – these sandals were once car tyres! 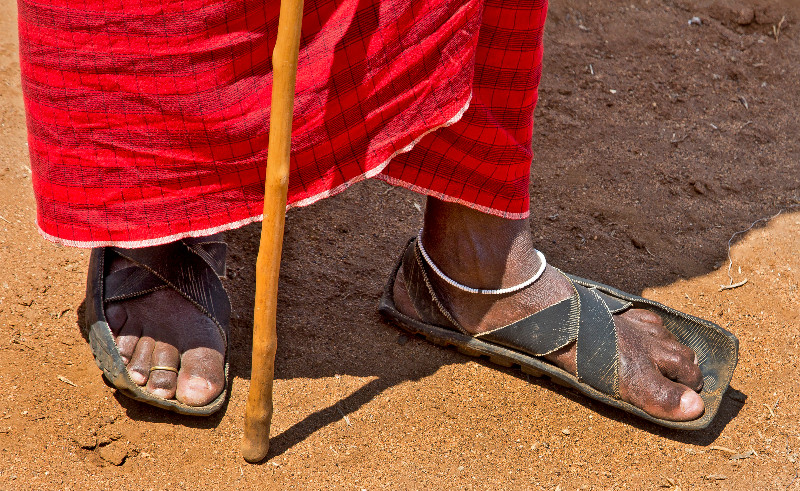 Soon it is time to head back to Arusha for a quick shower, change and re-pack, before going to the airport for the long journey home.

Leaving Tanzania and saying goodbye to Tillya from Calabash Adventures is sad, but we'll be back!

We are very impressed at Kilimanjaro Airport that they are able to check our bags in all the way to London, despite having booked the flights separately and it being different airlines. I just hope it works.

The Precisionair flight on the way out was half an hour late departing, so this one leaves 25 minutes ahead of schedule to make up for it. I suppose if all the passengers are here and they have the time slot available at both airports, why not?

Arriving at the new terminal in Nairobi is a pleasure. Shame we have to go back into the old terminal for the onward flight. We linger in the newly built departure lounge as long as we can (rebuilt after the devastating fire last year) before moving on to the older, shabbier section. Here we have to report to the Transit Desk as although we checked in on line from the laptop last night, we were unable to print boarding cards. The chap at the desk is extremely helpful, but he doesn't seem to be expecting us – we are not on his list of transiting passengers. He takes all our details, including the information from the luggage tag.

We wander over to the area around the gate and sit down to wait for the departing flight. We have five hours in total here, so there is no rush. After a while the guy from the Transit Desk comes over and asks us how heavy are bags were. 37Kg for the two. He is happy with the answer and walks off. Some time later he comes back and delightedly tells us “We've found your bags, they are safe.” That's a relief. We didn't even know they were lost.

At Doha it is absolute chaos in the Transfer Screening Area. Although they have over a dozen X-ray machines, only three of them are manned. The queues are enormous and it seems to take forever to get through.

The flight from Doha to London is not full, and we would have three seats for the two of us if it wasn't for the “lady” next to David with a small child. She has only paid for one seat, so David very kindly moves across so that she doesn't have to spend the entire flight with the child on her lap.

What a brat the kid turns out to be! He spends the entire flight (or at the least the part where he is awake) kicking the seat back of the person in front, with his feet right up by the tray, making as much noise as he can. When his mother half-heartedly tries to calm him down, he kicks her too, in the face. As we are landing, he (and his mother) are not wearing a seat belt, he is still lying on his back with his feet near the top of the seat back in front, playing on a mobile phone! There really should be a “Passenger Re-training Program” (like there is for offending drivers) where passengers are banned until they have completed the course!

Welcome home to a UNITED Kingdom (well done Scotland on deciding to stay in the UK).